Here is the maths trail that Mrs Boyle's room used this year
The Walk the Earth Project
In October 2016, Monaghan Sports Partnership launched the ‘Walk the Earth’ programme for primary schools in County Monaghan. From October 2016 to January 2017, over 800 pupils in 11 primary schools including Knockconan NS accumulatively walked a little over 20,000 kilometres (halfway across the world!!!).
The local paper has been profiling the schools involved in the programme.
There are 93 pupils in our school from junior infants to sixth class taking part in the programme.
Our teachers say: The programme is fully inclusive.  Some children are reluctant to participate in games and prefer just talking with their friends.  The walking track allows talking while exercising.
We include maths by completing our charts after each walk. We talk about how many metres we have walked each day and each week. From 3rd to 6th have walked 34km from October and Junior Infants to First class have walked 25km 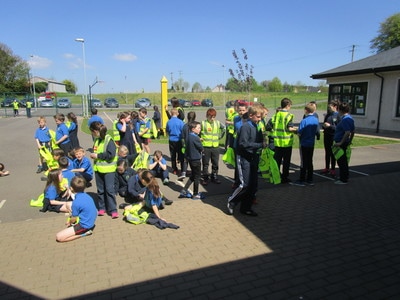 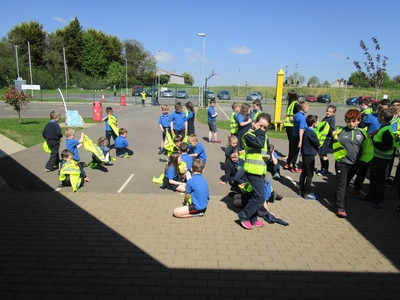 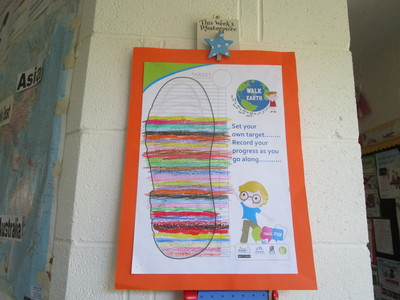 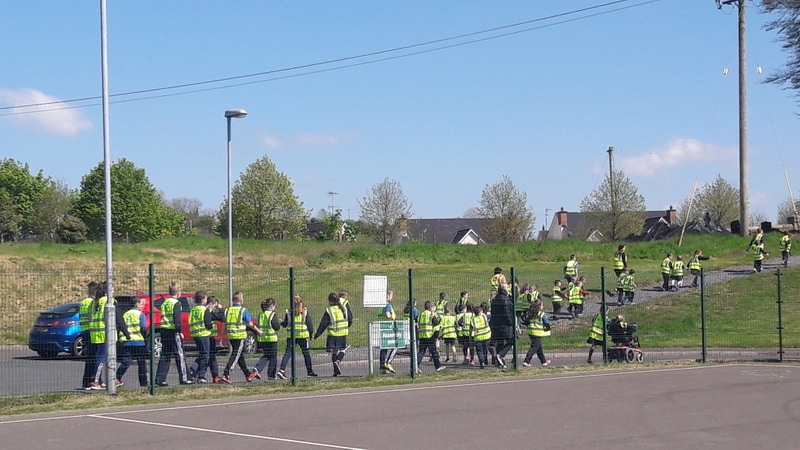 The children in Senior Infants and First Class have been investigating the length of items and discussing how tall animals are - for example - a giraffes neck, the length of rivers in Africa where animals go to drink. an elephants trunk, a lion's tail. They made comparisons between animals and discussed longer and shorter, narrow and wide, heavy and light. Then they had help from 6th class to look at graphs on the internet like these below.... 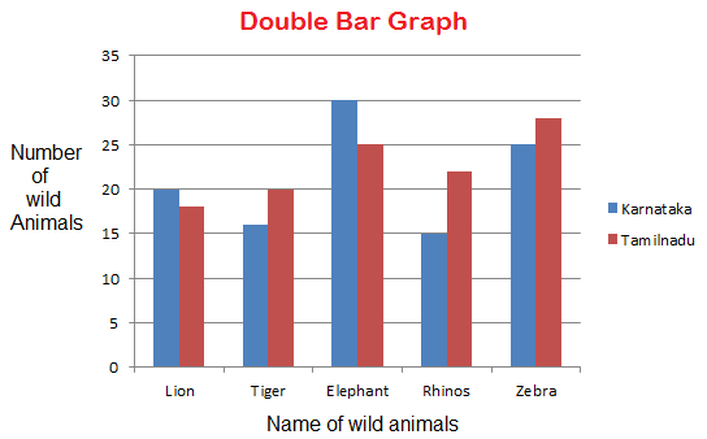 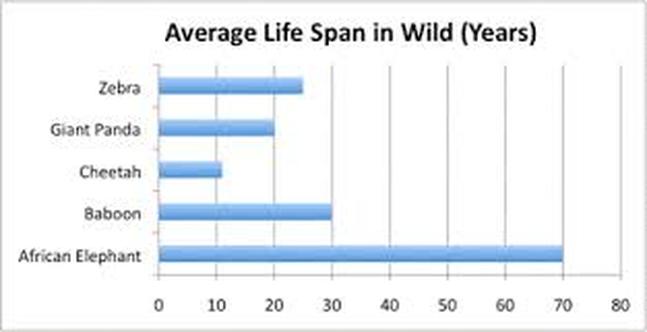 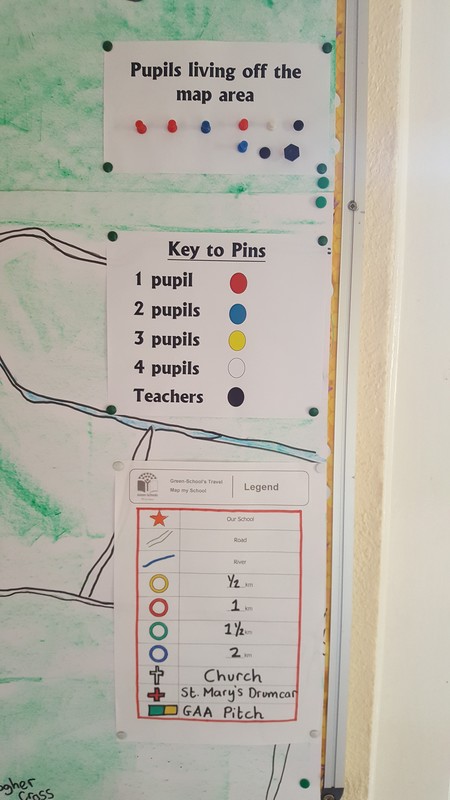 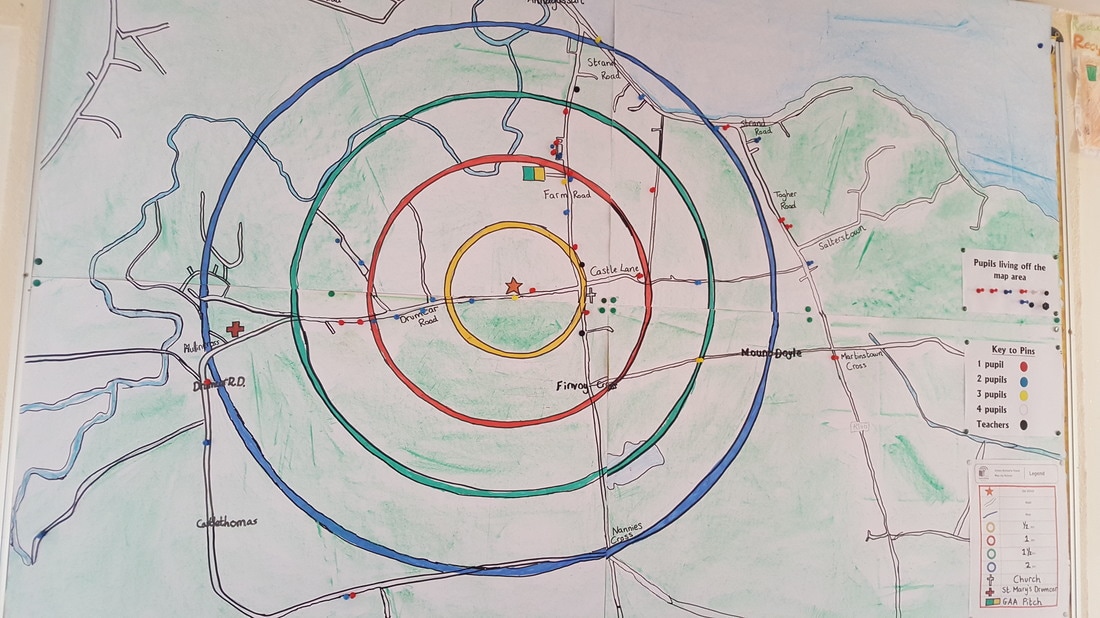