Our visit to the RDS Science Fair 2012

Scroll down below to see our slideshow of our trip to the RDS in January
Read Catherine's report here.......
RDS Science Fair Report
On The 12/1/12 it was the day of the RDS primary science fair. I got up at 6:00 in the morning and went to school at 6:50. The bus left the school at 7:00 am sharp. It was the beginning of a long and tiring day. Luckily we were allowed to bring our DSs and other gadgets. I sat beside Conor on the way to Dublin. When we got there, there was a huge crowd. When we walked in the entrance of the RDS main hall it looked small, but there was another door and the moment we walked in, I was speechless. It was the biggest building I’ve ever been in!
We walked to the reception and the teachers collected some envelopes with our primary science badges in them. Then we walked to the primary science room and began to set up our stand. We had prepared a project on sound and communication. We did two  surveys at the RDS. For the first one we asked people in the crowd about their favourite and least favourite sounds. Luckily we were right in front of the door, it was a good place to ask people as they came in. Lots of people came to look at our stand. The second survey was to ask people to guess what was in the bottle shaker. (For example - shake the bottle, there’s a sound, guess what is in the bottle and then find out whether you got it right or wrong. Most people got two guesses right and two wrong.
It was an amazing day. We took turns in going to look at the other stands. I took my DSI with me to take photos of the science experiments and my favourite was the fingerprint one. A girl told me that my finger analysis showed that I have many talents and I am a decent person. We had our lunch in the restaurant. Afterwards we looked at more science stands. After some more work we went to the science show. It was hard to see because we were seated at the back. But I could hear fine. After that we headed back to the stand, I continued to work on survey No 1 until I got to go to the 3D Cosmo show! I learned a lot.
Afterwards I saw the ambassador of the U.S.A! Soon after that it was almost time to go. So we took down the stand and went to the bus. I sat with Killian on the way back. When we got back it was 8:05. I had and amazing day at the RDS. I hope one day it will happen again.
by Catherine, Rang 4

And heres Gemma's report.....
Gemma's RDS Science Fair Report
Knockconan N.S. went to the RDS on Thursday the 12th of January. It was Miss Brennan’s room which includes 4th, 5th and 6th that represented the school. The science fair was held in the RDS in Dublin and they travelled by bus. They had to be there by 10 o’clock because the judges were coming around at that time to see what the projects were like.
I was also talking to a 6th class pupil called Gemma who said she was having a great time so far. She said that she most enjoyed looking at all the other schools projects. When the judges came around to the Knockconan N.S stand he was amazed at how well they had done and he gave them a trophy but the good thing was for the children was that they did not have to stay at the stand all the time. They got to go and get food and see shows in different groups.
What was involved in Knockconan’s stand?
Well, they had two surveys going on during the event. The first was where you had to write your favourite sound and the sound you like the least and the other survey involved four different things in four shaker bottles. In the first bottle were coins and in the second one there were cocktail sticks, in the third bottle was rice and in the fourth there were paper clips. Hardly anyone got it right.
When their time at the science fair was over the tired children travelled back on the bus. When they reached the school the children waited for their parents to come and get them. A brilliant day was had by all.
Reporter: Gemma Treanor 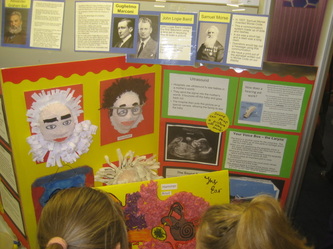 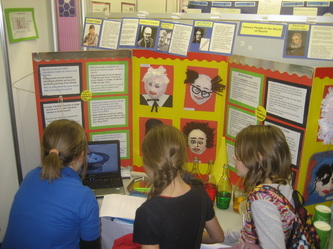 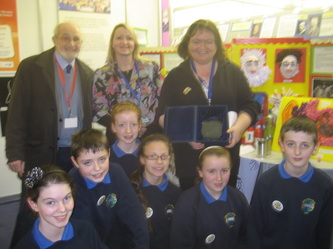 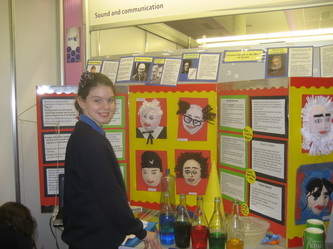 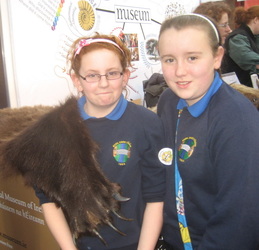 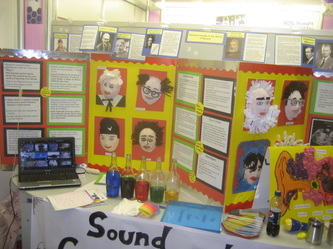 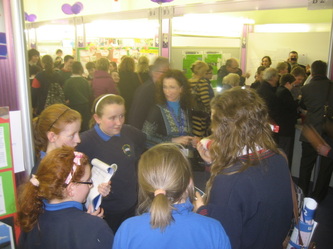 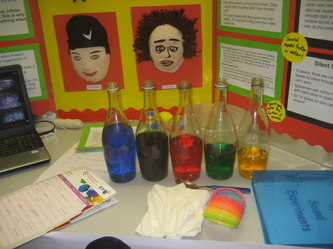 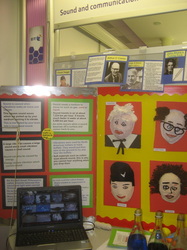 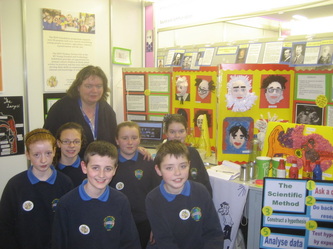 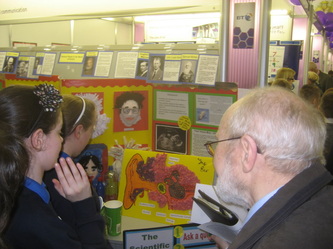 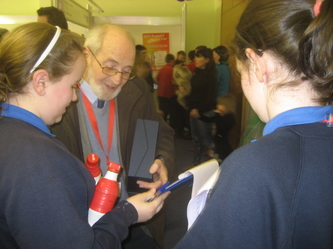