Sound Science - We went to the RDS Primary Science Fair! 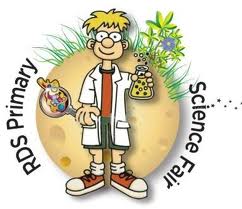 Our project is Sound and Communication
You can see photos of our project stand from the fair on our Science Fair 2012 page.
Scroll down to see our PowerPoint presentations on Sound and on Famous People in the World of Sound....

Sound is caused when vibrations make air move and vibrate.
This causes sound waves which are picked up by your eardrum causing it to vibrate. This is translated by your brain into a recognized sound. Sound needs a medium to travel on such as gas, solid or liquid. Sound travels in air at about 1,224 km. It travels much faster in water at about 5,400 km.
An echo occurs when a sound bounces off a surface and comes back to you
A large vibration causes a large sound and a small vibration causes a small sound.
Sound can also be caused by energy. Energy causes vibration which causes sound. Vibrations were used by North American Indians to track buffalo. They would put their ears to the ground to try and hear the buffalo.
Soft materials such as cotton wool absorb sound, this is why you cannot hear anything when you drop them

An Ancient Greek Philosopher called Aristotle believed that sound and light were carried through air like waves.
He believed that they couldn’t travel through a vacuum. Many centuries later scientists could create a vacuum to test Aristotle’s theory. An Irish scientist called Robert Boyle created an experiment in 1658. He pumped air from a jar that held a ticking watch. This created a vacuum. As there was no air left in the jar, he could not hear ticking at all. This proved Aristotle’s theory correct
Click on the icons below to see some of our work on sound and a few more reports on our day out....